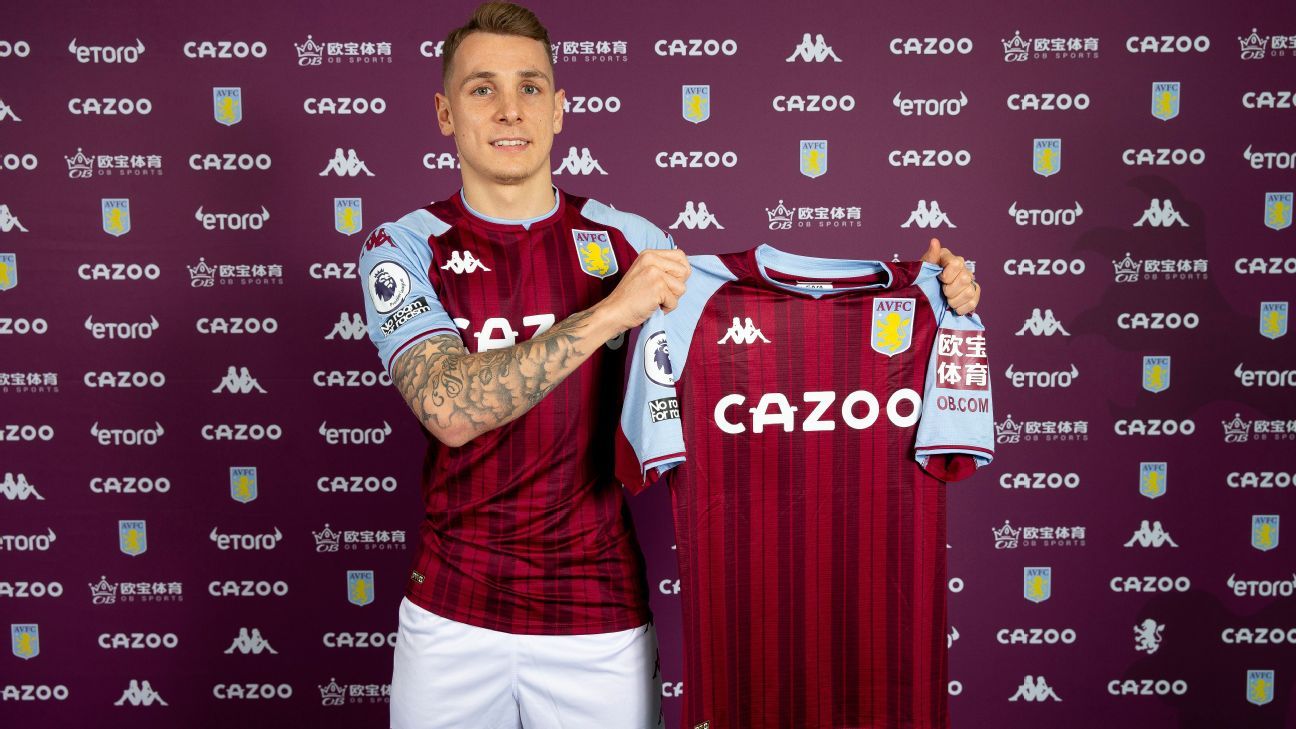 Aston Villa have seen off competition from Chelsea to complete the signing of Lucas Digne from Everton, it was announced on Thursday.

Digne, 28 ends his four-year stay at Goodison Park to join Steven Gerrard’s side on a permanent deal.

– Stream ESPN FC Daily on ESPN+ (U.S. only)
– Don’t have ESPN? Get instant access
– Transfer grades: Villa get B+ for Coutinho loan

Gerrard said: “When Lucas became available we jumped at the opportunity to bring him to the club.

“To sign a player of his pedigree and quality in the January window is a great addition to our squad and his arrival excites me and everyone associated with Aston Villa.”

“It was the main factor. I came here for the manager,” Digne said.

“I had a very good meeting with him and we spoke a couple of times during this month. I feel his desire to win, to show his football as a manager — the attacking football, the possession.

Chelsea were originally interested in signing Digne after Ben Chilwell was ruled out for the rest of the season following knee surgery. ESPN reported on Dec. 31 that Chelsea were keen on a loan move but the situation was complicated by Everton’s preference for a straight transfer and other clubs indicating they would be willing to meet the £25 million asking price.

Although sources have told ESPN that Digne was keen on a move to Stamford Bridge, Chelsea boss Thomas Tuchel was not keen on making a permanent signing given Chilwell is expected to make a full recovery.

The France international becomes Villa’s latest high-profile signing in the January transfer window after Philippe Coutinho joined on loan from Barcelona until the end of the season.

Digne fell out with Everton boss Rafael Benitez and his last appearance for the club came on Dec. 1 in the 4-1 defeat to Liverpool in the Merseyside derby.

“He has been very clear,” Benitez said at a recent news conference. “I want to ask a question to every fan and former players — what Peter Reid would do if a player comes out and says he doesn’t want to be there?

“That’s it — simple. I’ve had a couple of conversations with him and he told me what he thought so what do you expect the manager to do when a player is thinking of leaving?”

Digne joined Everton from Barca in August 2018 and made over 120 appearances for the Merseyside club, scoring 20 goals in the process.

Both Digne and Coutinho could make their debuts when Villa host Manchester United in the Premier League on Saturday.

Information from ESPN’s James Olley was included in this report.