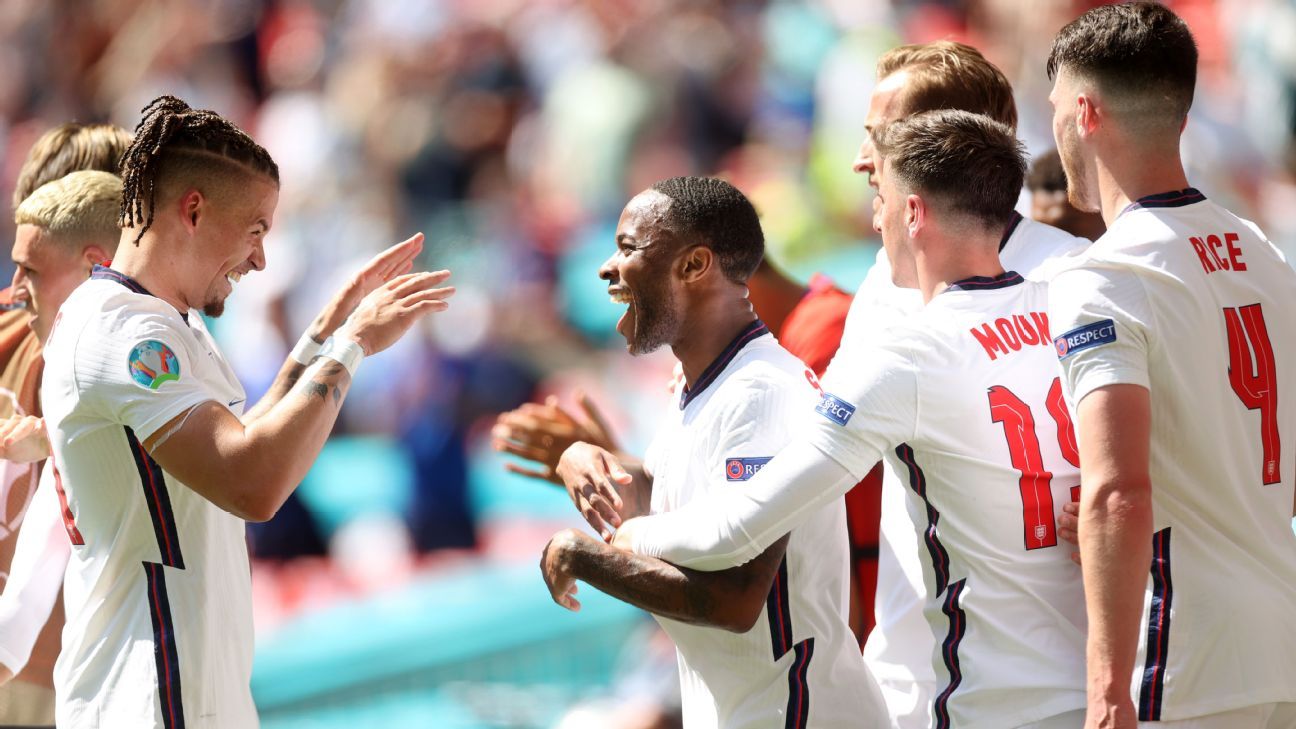 LONDON — Gareth Southgate is aiming to chip away at the historic tournament failings that have perennially undermined England‘s chances and Sunday’s 1-0 win over Croatia at Wembley is another notable step along that path.

The 50-year-old is steeped in Three Lions history, standing prominently in the lineage of biannual disappointment dating back to 1966. As a player, he missed the decisive penalty in England’s Euro ’96 defeat against Germany before reshaping his place in the national consciousness as manager of a progressive team for the last five years.

In Russia three years ago, England finally won a knockout game at a major tournament for the first time since 2006 — and only the seventh time ever — banishing their fear of penalty shootouts by beating Colombia on spot-kicks as the weight of the shirt was gradually lifted by Southgate’s almost therapeutic dismantling of time-honoured pre-conceptions.

And here, against the team that ended their hopes at the semifinal stage of the 2018 World Cup, England secured their first ever win in the opening match of a European Championships at the tenth attempt (drawn five, lost four).

This could be vital in setting the tone for what is to come. It certainly releases the pressure in Group D. England’s run to the final four in Russia had its roots in a stoppage-time winner against Tunisia on matchday one, easing them into the tournament and providing a platform from which they grew in confidence and belief.

Euro 2020’s expanded format — with third-placed teams also going through — means that one victory is highly likely to be enough to qualify for the round of 16 and England can therefore approach the upcoming matches against Scotland and the Czech Republic with a greater comfort.

“It takes some of the tension out of the preparation for the next game,” said Southgate after the game. “But we have still got to get points to qualify. It’s lovely to have given our fans and our country a really enjoyable afternoon. The players dealt with the big occasion really well.”

And they did so on Southgate’s terms. There were several big selection decisions, prominent among them was the decision to persevere with forward Raheem Sterling despite a wretched end to the season with Manchester City and Leeds’ Kalvin Phillips anchoring the midfield in by far the biggest match of his nine-cap international career.

The sight of Phillips and Sterling combining for the only goal will therefore have been all the sweeter for Southgate, who was facing accusations of an excessively cautious line-up given the array of attacking talent at his disposal.

This approach was, however, informed by knowledge of England’s habitual struggles in the opening match of a tournament, mindful too of any lingering scars from 2018 with Luka Modric still capable of dictating games at the highest level with his own brand of midfield majesty.

Phillips slipped a clever pass through for Sterling to fire past Croatia goalkeeper Dominik Livakovic 12 minutes into the second half but the midfielder excelled throughout, helping stifle Modric whenever he escaped Mason Mount, who appeared to be detailed to keep tabs on the 35-year-old when Zlatko Dalic’s side had possession.

This was only Sterling’s third goal in 20 games for Manchester City and England dating back to Feb. 20. He was lucky to start last month’s Champions League final defeat to Chelsea having been out of form for some time, but Southgate picked his players in part based on their performances in March’s internationals when Sterling featured in all three games as they beat San Marino, Albania and Poland by a combined score of 9-1.

Croatia are, of course, an altogether tougher proposition. They are ranked 14th in the world by FIFA and, in another sign of the troubled past Southgate is up against, England had not beaten a team positioned higher at a major tournament (excluding the Nations League) since a 1-0 win over Argentina in 2002.

And after a frantic early period in which Phil Foden hit the post and Phillips had a shot beaten away by Livakovic, they slowed the game down to their preferred pace — particularly given the sweltering heat in London — and squeezed England with a high defensive line that briefly nullified Southgate’s side.

Sterling was the only player to consistently threaten to get in behind and it was from there where the goal eventually came. Having grown up in the London borough of Brent, within sight of the Wembley arch, perhaps it is no surprise he revels in this environment: six goals in his last five matches at this stadium, 13 in his last 17 for England.

The clamour for Jack Grealish‘s inclusion — possibly at Sterling’s expense — was just beginning among the England fans as the opening goal arrived in the 57th minute, underlining the balancing act Southgate and any manager in his position always faces.

“I think one of the things about playing football and being in major tournaments for a long time now is knowing when to block the noise out,” said Sterling in response to whether he had justified his inclusion over Grealish, Marcus Rashford, Bukayo Saka and Jadon Sancho. “I just tried to focus and come into this tournament with a clear head. I know what I can bring to the team and it’s as simple as that.”

There were concerning moments for England, not least when substitute Mario Pasalic fired over deep into stoppage-time. Captain Harry Kane looked subdued while full-backs Kyle Walker and Kieran Trippier — the latter operating in an unfamiliar position at left-back — were not particularly effective. England took a knee before kick-off and the boos appeared again, albeit this time overwhelmed by cheers and applause. Jude Bellingham became the youngest player ever to play at a Euros with an eight-minute cameo; Southgate trusting a 17-year-old to help see out a game of this magnitude underlines how far his commitment to youth extends.

England deserved their win and Southgate can now begin plotting greater feats. “It’s coming home,” sang the fans as the players embarked upon a lap of honour and Southgate reprised the double-armed salute to supporters. That ultimate victory is some way off but, finally at a Euros, England start off on the right track.