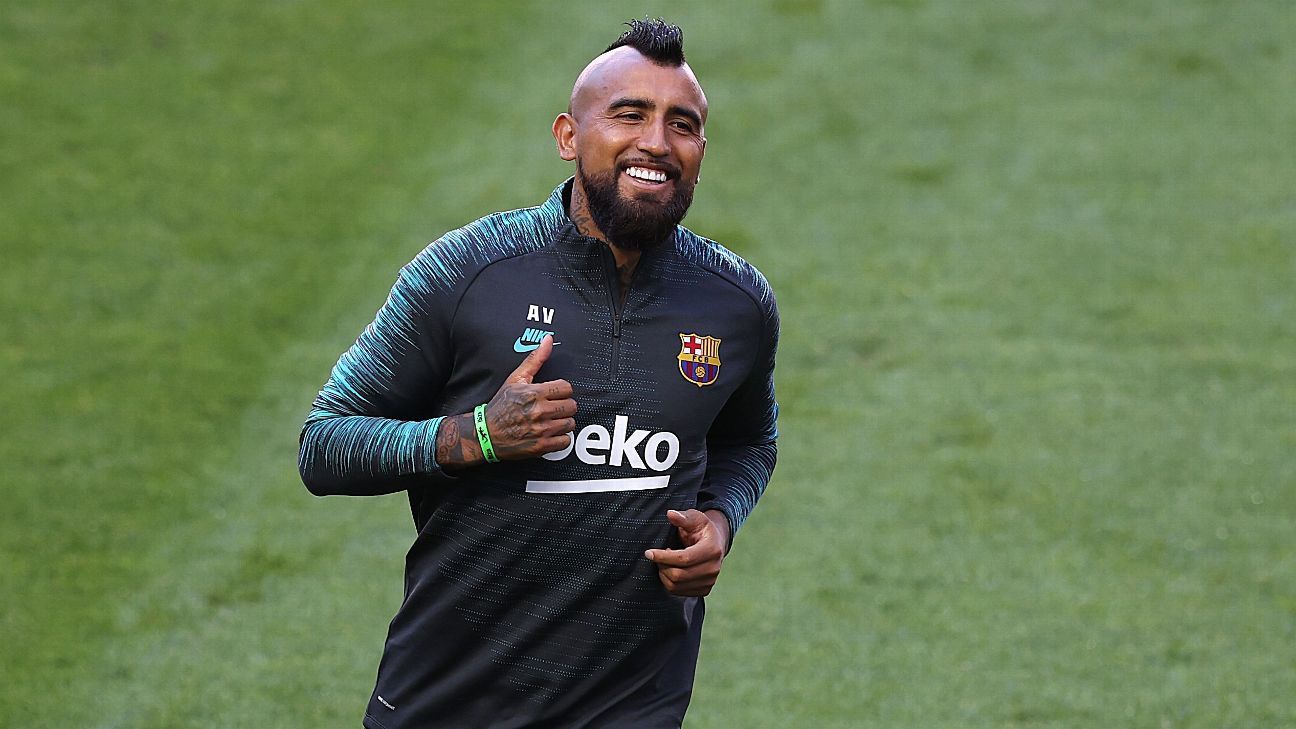 Arturo Vidal has hit out at Barcelona, criticising the club’s management on and off the pitch, and hinted that he would be open to a return to Serie A amid links with Inter Milan.

The Chile midfielder, 33, is one of the players Barca president Josep Maria Bartomeu and new coach Ronald Koeman are willing to let go this summer.

Vidal featured in Barcelona’s 8-2 Champions League quarterfinal thrashing at the hands of Bayern Munich, and hinted at the reasons for that defeat in an interview with Daniel Habif on YouTube.

“Barcelona have to change their way of thinking,” he said. “Football has evolved a lot, the DNA is being left behind, other teams are improving in other ways. Football is now more physical, it’s about more strength and speed, and technique sometimes becomes less important.

“In the end you pay the price when you face an organised team, a team that has a winning mentality, with players who prepare themselves physically, and who have a strong playing system. That ends up costing you when you’re weak mentally and in terms of energy. That’s what happened.”

“Barcelona have to change a lot of things. A team that I think is the best in the world can’t have 13 professional players and the rest be youngsters,” he said, referring to their threadbare squad towards the end of last season. “Every team has 23 players to fight for a place, to grow and get better every day. When they don’t advance, when you think that with your DNA you can always win, you’re very mistaken.”

Vidal joined Barcelona from Bayern in 2018 and before that spent four seasons at Juventus, winning four Serie A titles.

He has been heavily linked with a reunion with his coach there, Antonio Conte, now at Inter — and suggested he would also be willing to link up with former teammate Andrea Pirlo, now in charge of Juve.

“He was incredible as a player. Imagine him as a coach,” he said. “If he or Juventus call me, I’d be happy, but you have to stay calm. If it happens, it happens. I’ve got a lot of affection for Juventus and Andrea.”