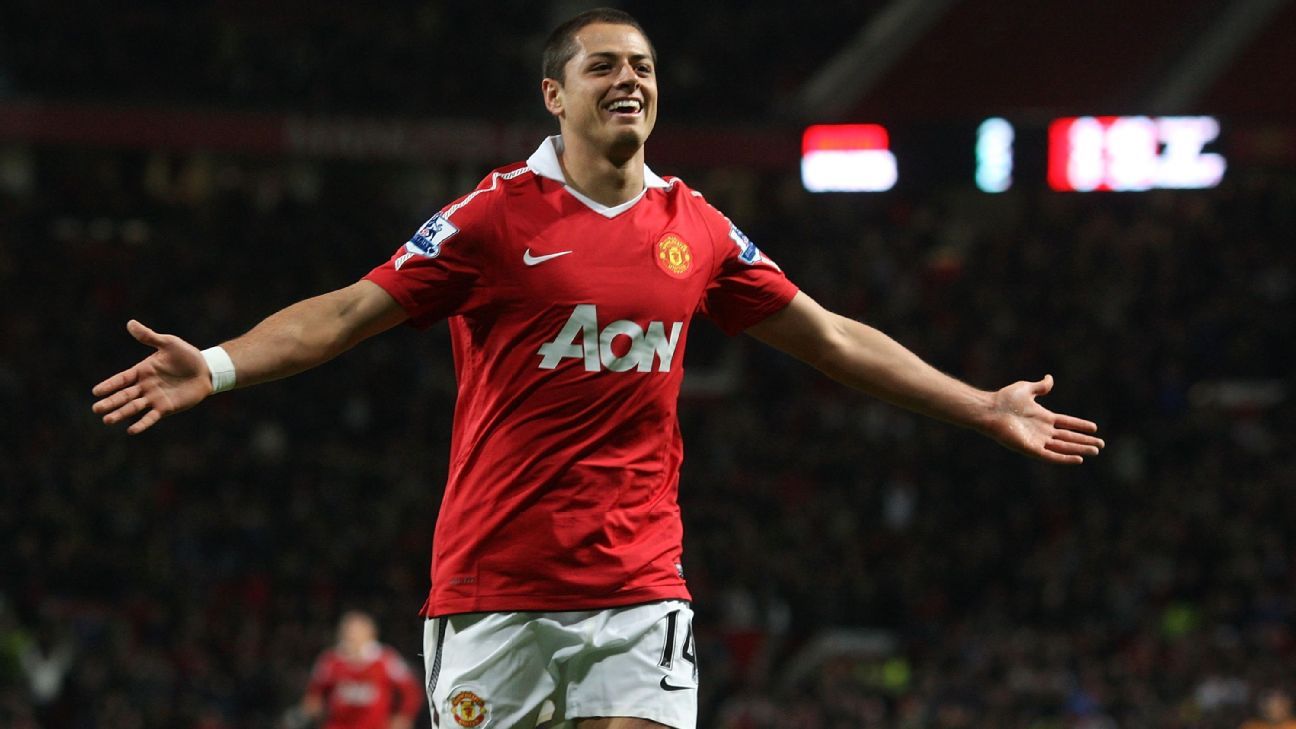 LA Galaxy striker Javier “Chicharito” Hernandez has said that his loan move from Manchester United to Real Madrid in 2014 was a “dream come true,” but said in his heart he’ll “always be a Red.”

The Mexican made a shock move from Chivas to Manchester United in 2010 and quickly established himself as a fan favourite under Sir Alex Ferguson. However, when Ferguson left after winning the club’s 20th Premier League title in 2013, Hernandez believes the situation wasn’t handled in the right way.

And Hernandez, 31, hinted that as good as Real Madrid was when he joined them, he could’ve stayed in Manchester for longer under different circumstances.

“Real Madrid was a dream come true, [but] I’ll be honest, I’ll always be a Red,” said Hernandez in an interview with Rio Ferdinand’s The Locker Room. “We never had anything personal Moyes and myself, but it was a mistake that they took him and that was the first mistake that is still haunting [the club], not because of him, it’s not him.

“They thought they were going to take the replacement of the boss Sir Alex so [quickly]?” asked Hernandez. “It’s impossible. Even [Pep] Guardiola and [Jurgen] Klopp and [Jose] Mourinho are not at the level of Sir Alex yet, they on their way to try to get there, or [Johan] Cruyff.

“[Moyes’ appointment] changed some United careers that could’ve been better: Rafael [da Silva], myself, [Danny] Welbeck, Fabio [da Silva], too. A lot of players who had to go away to play.”

Hernandez says Manchester United “definitely” got rid of the players too quickly after the Ferguson era came to an end, pointing out the club had just won the title and was a winning side.

“Aside from whether [Moyes] is a good or bad coach, his ideas, I’m not going to question that, the problem is that I don’t understand really about this adaptability. How it is possible that you are not — it’s not humble — clever enough, to maintain at least half of the guys from the way it was succeeding because [Ferguson] is the greatest of all time?” said Hernandez.

Hernandez added that he became frustrated under Moyes because the club didn’t accept offers for him in the summer of 2013 and again the following winter, while the striker only started six Premier Leagues games over the 2013-14 season.

“(Moyes) lasted the seven months he lasted because he was so stubborn,” stated the Guadalajara native. “He didn’t have adaptability and that growth or acceptance. You need to grow to be at United.”

Mexico‘s all-time top scorer eventually went to speak to Ferguson to discuss the loan move to Real Madrid, with the former manager advising him that playing for Los Merengues was a difficult opportunity to turn down.

Hernandez went on to sign for Bayer Leverkusen, before returning to the Premier League with West Ham United, but moved on to Sevilla last summer and then to LA Galaxy last January.

In the same interview, Hernandez added that Michael Carrick was “one of the most underrated players in history” and praised Ferguson for his man management skills.

Tuchel: No miracle needed to beat Man City
Hertha Berlin’s Windhorst promised Bundesliga glory. So what went wrong?
Liverpool’s Anfield to be expanded to 61,000
Sources: James in talks to quit Everton for Qatar
Messi watches as PSG win ahead of City clash