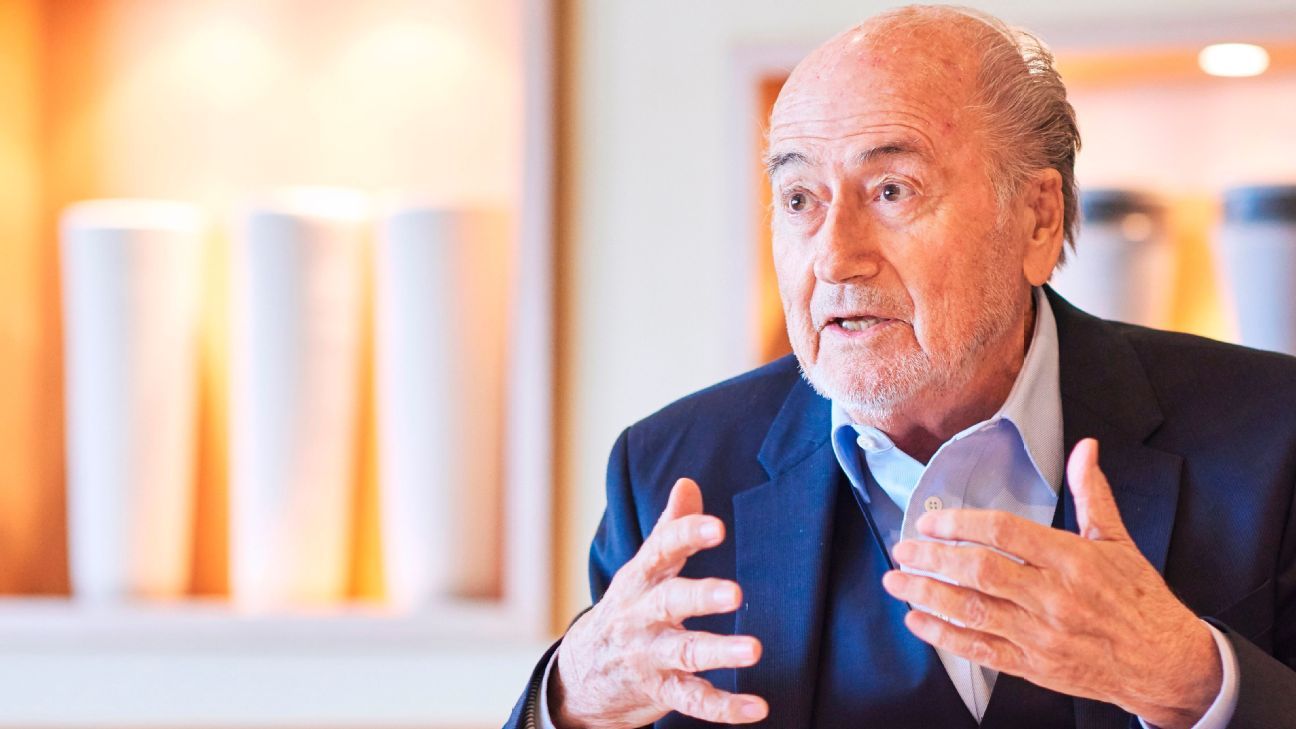 Former FIFA president Sepp Blatter has said the United States would be capable of hosting the 2022 World Cup amid fresh corruption claims against Qatar.

The Gulf state will host the tournament in December 2022, the first time it has not taken place during the June-July slot, but preparations have been mired in controversy.

– Stream new episodes of ESPN FC Monday-Friday on ESPN+
- Stream every episode of 30 for 30: Soccer Stories on ESPN+

“Germany could do it. But this would mean the World Cup being staged in Europe again after 2018,” Blatter told German outlet Sport Bild. “Europe therefore would not be first choice.”

The U.S. are due to co-host alongside Mexico and Canada in 2026, when there will be an expanded field of 48 teams, but Blatter suggested bringing it forward.

“The United States could do it instead of 2026,” he said. “They are capable, it’s not rocket science! Japan could also do it. They also bid to host the 2022 World Cup.

“Fortunately, the 2022 World Cup will only have 32 teams and not 48 as [FIFA president Gianni Infantino] had planned. The organisational effort would not be bigger than 2018.”

Blatter led FIFA from 1996 until 2015 and is serving a six-year ban from football related activities over ethics violations. He protests his innoncence and added that world football’s governing body should name him honorary president.

“The investigations are part of a major plot against me,” Blatter said, adding that he found it “unbelievable” investigators looked at the “normal contract” he made with the CFU for over four years.

In a second criminal case, Blatter is accused of having arranged a payment of €1.8 million to then-UEFA president Michel Platini in February 2011, but Blatter is convinced the charges will be dropped as well.

“What else should the federal prosecutors do? This case is not even related to criminal law,” he said. “It’s a process within an association, FIFA, and thus civil law.”

And once Blatter has been freed from all charges, he expects to be rehabilitated by FIFA, the association he served for 41 years until his exit in 2015.

When asked whether they should name him an honorary president for developing the association into what it is now, he said: “This would be the best reaction from FIFA.”

However, Blatter also continues to deal with other problems. Having been shut out from his FIFA office, he is yet to be handed back his collection of watches by his successor Infantino.

“That’s totally without respect, you can already call it impudence,” he said. “But this will all be solved.”